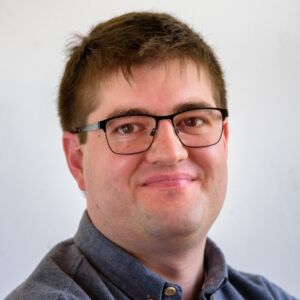 Michael is Head of External Relations for EDSK.

Michael has over 10 years experience in fundraising and development at a mixture of political and charitable causes. He began his career as a constituency organiser for a political party, having gained a BSc (econ) in International Politics and Military History from the University of Wales, Aberystwyth in 2008.

After three years running election campaigns, Michael moved in to fundraising working for a wide variety of causes including International Development, Armed Forces, Conservation and a Royal Medical College. Michael also ran his own political campaigns and fundraising business for much of this time, which he exited after the 2017 General Election. Michael has built a career based on developing strong partnerships between organisations, for mutual benefit, rather than looking for quick short term wins.

Alongside his work with EDSK, Michael is currently studying part time for an MRes in Politics at Birkbeck, University of London. He believes that a strong and fair education system is the only way we can create opportunities for social mobility in the UK.

This website uses cookies to improve your experience while you navigate through the website. Out of these, the cookies that are categorized as necessary are stored on your browser as they are essential for the working of basic functionalities of the website. We also use third-party cookies that help us analyze and understand how you use this website. These cookies will be stored in your browser only with your consent. You also have the option to opt-out of these cookies. But opting out of some of these cookies may affect your browsing experience.
Necessary Always Enabled

Performance cookies are used to understand and analyze the key performance indexes of the website which helps in delivering a better user experience for the visitors.

Analytical cookies are used to understand how visitors interact with the website. These cookies help provide information on metrics the number of visitors, bounce rate, traffic source, etc.

Advertisement cookies are used to provide visitors with relevant ads and marketing campaigns. These cookies track visitors across websites and collect information to provide customized ads.

Other uncategorized cookies are those that are being analyzed and have not been classified into a category as yet.