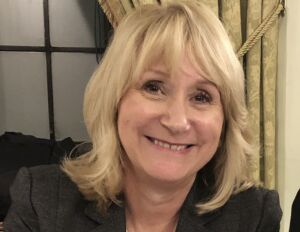 Lesley has worked in the education and training sector for the majority of her career.

Lesley joined Pearson from the Association of Colleges (AoC) where she was Deputy CEO and led on UK and international education policy, AoC Create and business development. Lesley has also held senior positions in the Learning and Skills Council and the Adult Learning Inspectorate.

In 2016 she became Chair of the newly formed UK Skills Partnership Board, a network of the UK’s leading education sector organisations and which was established to promote the development of vocational and technical skills internationally.  She is a member of the DIT’s Ministerial Education Sector Advisory Group and British Council’s Education Advisory Board.

Lesley is a Trustee for two education charities, the Helena Kennedy Foundation and CVQO. She is on the governing body of Liverpool John Moores University and is an Ofqual board member

In 2015 she was made an Officer of the Order of the British Empire for services to education, she is also a fellow of the Chartered Institute for Further Education

This website uses cookies to improve your experience while you navigate through the website. Out of these, the cookies that are categorized as necessary are stored on your browser as they are essential for the working of basic functionalities of the website. We also use third-party cookies that help us analyze and understand how you use this website. These cookies will be stored in your browser only with your consent. You also have the option to opt-out of these cookies. But opting out of some of these cookies may affect your browsing experience.
Necessary Always Enabled
Necessary cookies are absolutely essential for the website to function properly. These cookies ensure basic functionalities and security features of the website, anonymously.
Functional
Functional cookies help to perform certain functionalities like sharing the content of the website on social media platforms, collect feedbacks, and other third-party features.
Performance
Performance cookies are used to understand and analyze the key performance indexes of the website which helps in delivering a better user experience for the visitors.
Analytics
Analytical cookies are used to understand how visitors interact with the website. These cookies help provide information on metrics the number of visitors, bounce rate, traffic source, etc.
Advertisement
Advertisement cookies are used to provide visitors with relevant ads and marketing campaigns. These cookies track visitors across websites and collect information to provide customized ads.
Others
Other uncategorized cookies are those that are being analyzed and have not been classified into a category as yet.
SAVE & ACCEPT